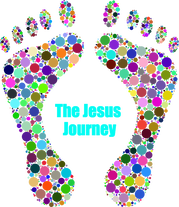 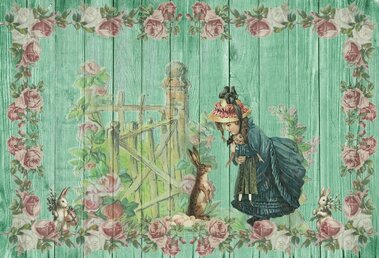 Mark 16:1-8 Easter Sunday
16 When the sabbath was over, Mary Magdalene, and Mary the mother of James, and Salome bought spices, so that they might go and anoint him. 2 And very early on the first day of the week, when the sun had risen, they went to the tomb. 3 They had been saying to one another, “Who will roll away the stone for us from the entrance to the tomb?” 4 When they looked up, they saw that the stone, which was very large, had already been rolled back. 5 As they entered the tomb, they saw a young man, dressed in a white robe, sitting on the right side; and they were alarmed. 6 But he said to them, “Do not be alarmed; you are looking for Jesus of Nazareth, who was crucified. He has been raised; he is not here. Look, there is the place they laid him. 7 But go, tell his disciples and Peter that he is going ahead of you to Galilee; there you will see him, just as he told you.” 8 So they went out and fled from the tomb, for terror and amazement had seized them; and they said nothing to anyone, for they were afraid.

Mark 11:1-11 Palm Sunday
11 When they were approaching Jerusalem, at Bethphage and Bethany, near the Mount of Olives, he sent two of his disciples 2 and said to them, “Go into the village ahead of you, and immediately as you enter it, you will find tied there a colt that has never been ridden; untie it and bring it. 3 If anyone says to you, ‘Why are you doing this?’ just say this, ‘The Lord needs it and will send it back here immediately.’” 4 They went away and found a colt tied near a door, outside in the street. As they were untying it, 5 some of the bystanders said to them, “What are you doing, untying the colt?” 6 They told them what Jesus had said; and they allowed them to take it. 7 Then they brought the colt to Jesus and threw their cloaks on it; and he sat on it. 8 Many people spread their cloaks on the road, and others spread leafy branches that they had cut in the fields. 9 Then those who went ahead and those who followed were shouting,
“Hosanna!
Blessed is the one who comes in the name of the Lord!
10     Blessed is the coming kingdom of our ancestor David!
Hosanna in the highest heaven!”
11 Then he entered Jerusalem and went into the temple; and when he had looked around at everything, as it was already late, he went out to Bethany with the twelve.

John 12:20-33 Fifth Sunday in Lent
20 Now among those who went up to worship at the festival were some Greeks. 21 They came to Philip, who was from Bethsaida in Galilee, and said to him, “Sir, we wish to see Jesus.” 22 Philip went and told Andrew; then Andrew and Philip went and told Jesus. 23 Jesus answered them, “The hour has come for the Son of Man to be glorified. 24 Very truly, I tell you, unless a grain of wheat falls into the earth and dies, it remains just a single grain; but if it dies, it bears much fruit. 25 Those who love their life lose it, and those who hate their life in this world will keep it for eternal life. 26 Whoever serves me must follow me, and where I am, there will my servant be also. Whoever serves me, the Father will honor.27 “Now my soul is troubled. And what should I say—‘Father, save me from this hour’? No, it is for this reason that I have come to this hour. 28 Father, glorify your name.” Then a voice came from heaven, “I have glorified it, and I will glorify it again.” 29 The crowd standing there heard it and said that it was thunder. Others said, “An angel has spoken to him.” 30 Jesus answered, “This voice has come for your sake, not for mine. 31 Now is the judgment of this world; now the ruler of this world will be driven out. 32 And I, when I am lifted up from the earth, will draw all people to myself.” 33 He said this to indicate the kind of death he was to die.
5th Sunday in Lent Children's Activities Links
https://coloringhome.com/coloring-page/37453
https://gallery.mailchimp.com/4466da60b3ee8428ec083c74e/files/95364c52-b90a-4c0b-9dbc-68597e2e3b37/A_grain_of_wheat_printable_Bible_verse_coloring_page.pdf

John 3:14-21 Forth Sunday in Lent
14 And just as Moses lifted up the serpent in the wilderness, so must the Son of Man be lifted up, 15 that whoever believes in him may have eternal life.16 “For God so loved the world that he gave his only Son, so that everyone who believes in him may not perish but may have eternal life. 17 “Indeed, God did not send the Son into the world to condemn the world, but in order that the world might be saved through him. 18 Those who believe in him are not condemned; but those who do not believe are condemned already, because they have not believed in the name of the only Son of God. 19 And this is the judgment, that the light has come into the world, and people loved darkness rather than light because their deeds were evil. 20 For all who do evil hate the light and do not come to the light, so that their deeds may not be exposed. 21 But those who do what is true come to the light, so that it may be clearly seen that their deeds have been done in God.”

13 The Passover of the Jews was near, and Jesus went up to Jerusalem. 14 In the temple he found people selling cattle, sheep, and doves, and the money changers seated at their tables. 15 Making a whip of cords, he drove all of them out of the temple, both the sheep and the cattle. He also poured out the coins of the money changers and overturned their tables. 16 He told those who were selling the doves, “Take these things out of here! Stop making my Father’s house a marketplace!” 17 His disciples remembered that it was written, “Zeal for your house will consume me.” 18 The Jews then said to him, “What sign can you show us for doing this?” 19 Jesus answered them, “Destroy this temple, and in three days I will raise it up.” 20 The Jews then said, “This temple has been under construction for forty-six years, and will you raise it up in three days?” 21 But he was speaking of the temple of his body. 22 After he was raised from the dead, his disciples remembered that he had said this; and they believed the scripture and the word that Jesus had spoken.

Mark 8:31-38 Second Sunday of Lent
31 Then he began to teach them that the Son of Man must undergo great suffering, and be rejected by the elders, the chief priests, and the scribes, and be killed, and after three days rise again. 32 He said all this quite openly. And Peter took him aside and began to rebuke him. 33 But turning and looking at his disciples, he rebuked Peter and said, “Get behind me, Satan! For you are setting your mind not on divine things but on human things.” 34 He called the crowd with his disciples, and said to them, “If any want to become my followers, let them deny themselves and take up their cross and follow me. 35 For those who want to save their life will lose it, and those who lose their life for my sake, and for the sake of the gospel, will save it. 36 For what will it profit them to gain the whole world and forfeit their life? 37 Indeed, what can they give in return for their life? 38 Those who are ashamed of me and of my words in this adulterous and sinful generation, of them the Son of Man will also be ashamed when he comes in the glory of his Father with the holy angels.”

Mark 1:9-15 First Sunday of Lent
9 In those days Jesus came from Nazareth of Galilee and was baptized by John in the Jordan. 10 And just as he was coming up out of the water, he saw the heavens torn apart and the Spirit descending like a dove on him. 11 And a voice came from heaven, “You are my Son, the Beloved;] with you I am well pleased.” 12 And the Spirit immediately drove him out into the wilderness. 13 He was in the wilderness forty days, tempted by Satan; and he was with the wild beasts; and the angels waited on him.14 Now after John was arrested, Jesus came to Galilee, proclaiming the good news of God, 15 and saying, “The time is fulfilled, and the kingdom of God has come near; repent, and believe in the good news.”